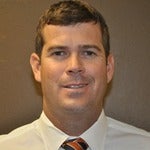 State of Alaska v. Jennings
Represented the State of Alaska in the enforcement and collection of a foreign judgment in Arizona.
In re Alva James Bennett
Counsel for an investor in an adversary proceeding instituted against the investors of a Ponzi scheme.
In re Freeport Logistics
Counsel for a lessor in large reorganization of a third party logistics and warehouse provider.
In re Cardsystems Solutions, Inc.
Counsel for a banking group to protect their interests in the Bankruptcy case.
In re Pacific Energy Resources LTD., et al.
Counsel for Salamatof Native Association to protect their ancestral lands and commercial leases during the liquidation of Pacific Energy.
Youth Exploring Adventures, Inc. v. Municipality of Anchorage
Counsel for non-profit ski area to enforce its rights against the Municipality of Anchorage in a lease dispute.
Estate of Alfredo Moreno Gastelum, et al. v. Deutsche Bank National Trust Co.
Counsel for homeowner whose home was wrongfully foreclosed upon.
Roosevelt Irrigation Dist v. Salt River Project Agricultural Improvement and Power Dist., et. al.
Counsel for large national corporation defending against a Comprehensive Environmental Response, Compensation, and Liability action instituted to recover costs incurred for environmental cleanup by the Roosevelt Irrigation District.

John is married to Jan Leavitt Smith. They have three children—Elizabeth, Jacob and Owen—and currently reside in Tucson.  A second generation Arizonan, Mr. Smith was born and raised in Phoenix.  He attended Brophy College Preparatory School prior to college. In addition to practicing law and serving the country as a Captain in the Arizona Air National Guard, John and his family own and operate a 860-acre farm, vineyard and winery in Graham County, Arizona.

Thank you for contacting us. We will get back to you shortly.

Please complete all required fields below.

We have the legal experience and the legal knowledge to provide our clients the counsel they will need in the modern practice of business law. Contact us today!